Following tryouts all players selected on a roster can start using Concord Sports Center for training. Concord Cannons players also receive discounted Private Instruction with all Concord Sports Center employed coaches. The Cannons organization has no problem with players working with other instructors at other facilities. If you have someone already that works for you, we encourage you to work with that coach.

The Cannons program will begin in November with speed and strength sessions taught by David Brandt. These sessions meet 3 times per week during November and December. David is the Director of Speed Training for the Concord Sports Center and Cannons Baseball program. This program is designed to teach our players how to improve overall athleticism and how to practice being more athletic. One of the philosophies of the Cannons program is we want to play fast and athletic as a team and this program is a great introduction on training the body to move properly. David is at Concord Sports Center every day during the off-season and is available to help adjust programs and answer any speed questions families may have throughout the off-season. The program objective during November and December is getting our bodies prepared for the long baseball season.

Team practice run by each teams coaching staff will begin in January and run twice per week until the start of the season. These workouts are a mixture of indoor field times and batting cage times at Concord Sports Center. The objective of these workouts is to prepare the team for the game schedule. Individual work is crucial starting in January for players to get in a routine for bullpens, hitting outside of the workouts and overall strength work. Being a good baseball player takes organization and discipline we suggest each player work with the team’s head coach on developing a plan for training outside of the team workouts.

The 10U program in the Cannons organization is an introduction to the program. The team typically plays 2 games per weekend (April -June) with some 4 game weekends throughout the season. The 10U team should expect 18-25 games including 1-2 tournaments. This age group will in the Elite Baseball League. The 10U team will practice 1x per week around the game schedule. The objective of this age group is to learn the fundamentals of the game while controlling emotions and learning to play the game as a team. Most importantly it's about having FUN! 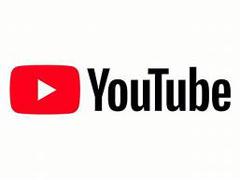